House Bill 2217, one of four bills this legislative session that would expand Oregon’s physician-assisted suicide law, has been scheduled for a public hearing on Tuesday, March 19 at 3:00 p.m. in room Hearing Room E. Oregon Right to Life opposes this bill.

Oregon’s physician-assisted suicide law contains a frightening loophole in which someone else could get away with administering the drugs to a helpless victim. HB 2217 expands this loophole by changing “taken” to “self-administer.” 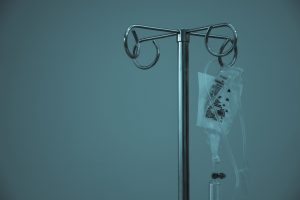 “The word ‘taken’ was specifically chosen when the law was passed,” says Lois Anderson, ORTL executive director. “It was selected so that it was clear that it was a conscious individual picking up the medication, placing it in their mouth and swallowing it. The sponsors are changing the language specifically to broaden the application of the law.”

“There is no safety mechanism in place to ensure that another person isn’t the one administering the medication,” continued Anderson. “By adding ‘delivering by another method’ they are redefining the law to allow the drugs to be administered through an IV, feeding tube, injection, or even through a gas mask. And, potentially, by a person other than the patient themself.”

“HB 2217 would push Oregon closer to legalized euthanasia,” continued Anderson. “Oregon’s lawmakers have an obligation to protect their most vulnerable constituents. This bill is nothing short of reckless abandonment of both these citizens and their responsibilities as elected officials.”

Posted in Updates and News and tagged end of life, euthanasia, oregon legislature