“How do you do it?” “ What is it like to lobby?”  “I couldn’t do that.”  These are statements I have heard many times in the past few weeks as I have interacted with many pro-life Oregonians.  Part of my job as executive director is to work with our team at the Oregon Capitol, which consists of our lobbyist Jessica Stanton and our General Counsel Colm Willis.  Another part is spending quite a bit of time in the building meeting with state representatives and senators, their staff, and advocates like you.

It is an even numbered year so we are in the midst of what is known as the “short” session.  Voted into existence by Oregonians in 2010, a short session lasts just 35 days.  It was sold as a way for the Legislature to avoid costly special sessions to make legislative “fixes” and adjustments in an increasingly complex budget of a growing state.  I can assure you that what it has quickly become is a vehicle for political posturing and partisan shenanigans.

The practical effect is a rushed process where important and controversial legislation can be pushed through in a matter of days without most Oregonians even knowing what happened.  This is the experience we have just gone through in the House Health Care Committee.

The current leadership of the Oregon House is extreme.  Not only because the leaders support abortion on demand for any reason and believe you should pay for it, but also when it comes to process.  There is very little effort to work with all representatives on key legislation. There is little communication which ends up seeming very disrespectful. More often than not dissenting opinions, rather than being given consideration, are simply ignored.  That is discouraging for citizen advocates and our pro-life representatives and senators. It is also wrong.  We have a deliberative system for a reason!

You know what has been encouraging though?  Watching pro-life legislators stand up to the rushed process, repeatedly voicing problems and concerns with the legislation.  They are doing exactly what you voted for them to do: be your voice. 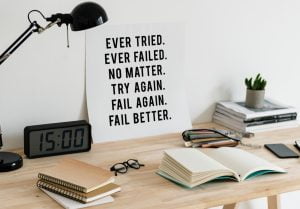 That is my answer to those who ask, “How can you do it?”  I do it because it has to be done.  I do it because duly elected representatives and senators are there fighting for innocent life and they need our help and support.

You are an important part of this effort. Thousands of you have already taken action by calling and emailing. Thank you for using your voice to advocate for vulnerable people! Lives depend on our continued efforts.