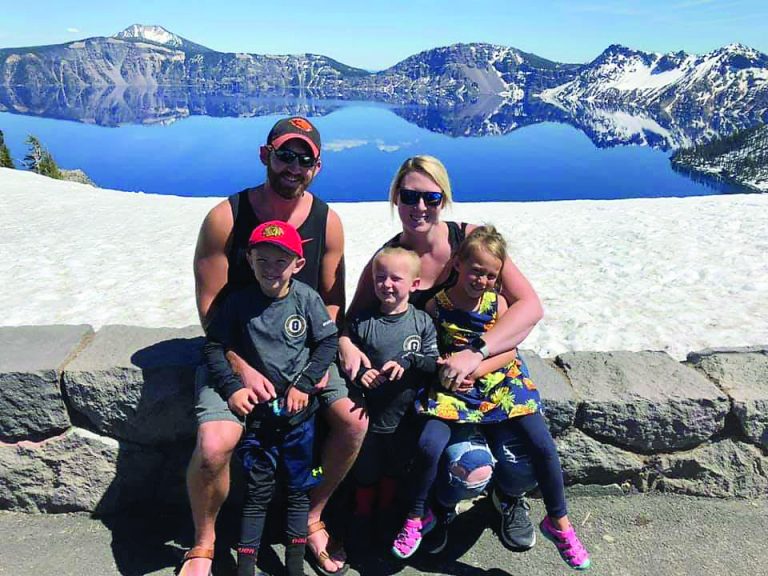 I would love to see the abolition of abortion during my time in this career.

Oregon Right to Life (ORTL) has a fresh face in the office: Justin Hageman, the new public affairs specialist.

“I want to do everything I can to save as many lives as I can,” says Hageman. “I’ve been a big supporter of ORTL for years and even volunteered with them in high school.”

In his new role, Hageman will represent ORTL at the state Capitol and in strategic communities. Additionally, he will maintain regular communication with public officials, evaluate legislative proposals, track legislation and coordinate ORTL’s efforts in support or opposition. The job requires someone who enjoys working with and helping people.

Hageman’s previous roles in the Corvallis Police Department and Polk County Sheriff’s Office should serve him well in that capacity. “A big reason for the career transition from one public service job to another is to better support family life while hopefully, at the same time, making some change with a ‘political’ topic that I believe is the most important right now in our history,” he says.

Hageman is a married father of three who currently lives in Independence. He worked in fire protection at the 142nd Fighter Wing for the Oregon Air National Guard for almost six years and still serves as a reserve deputy in Polk County. He earned his associate’s degree in fire suppression technology through Chemeketa Community College.

Growing up in a pro-life family in Salem, Hageman personally embraced those beliefs in adulthood. He and his wife adopted a daughter after he began his career in public service in 2014. His story is a reflection of his conviction that all life is inherently valuable.

“Oregon will be a challenging state to work in regarding this issue, but that didn’t stop David against Goliath,” Hageman says. “Although this is an uphill battle, I look forward to the challenge and hope my experience in public service while being in the public eye, talking with people and knowledge of the legal system will help me be successful with this position.”

And make no mistake: Hageman is aiming for a total shift in Oregonian attitudes surrounding the worth and dignity of unborn and other vulnerable humans.

“I would love to see the abolition of abortion during my time in this career, and I hope public opinion is moving in that direction,” he says. “I hope to inspire legislation that will greatly restrict abortions and provide alternative resources to girls in crisis in the meantime.”

Lois Anderson, ORTL executive director, is grateful to have Hageman on board. “Justin will learn the ins and outs of the Capitol soon enough, but what he adds to our team cannot be taught,” she says. “This man has demonstrated a deep commitment to his pro-life values in both life and career.”