This week brought big news out of the Supreme Court of the United States. First, in NIFLA v. Becerra, SCOTUS ruled 5-4 that two provisions of California law intended to regulate pregnancy resource centers were unconstitutional, violating the First Amendment. 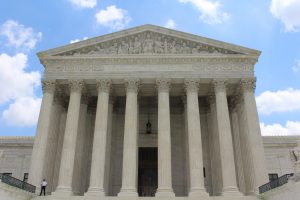 “This decision was a victory for freedom of conscience in America,” says Lois Anderson, ORTL executive director. “California’s law was a bald-faced attempt to force pro-life Californians to violate their deeply-held beliefs.”

“We are hopeful. We understand that it’s a big decision for the nation,” says Anderson. “We look forward to Pres. Trump nominating another well-qualified jurist who supports restoring the complete human rights of the unborn.”  Read more at National Review.

Posted in From The Rest of Oregon, Updates and News