After a court battle, 17-year-old “Jane Doe,” an undocumented immigrant, had an abortion facilitated by federal funds, ending the life of her 15-week-old unborn baby. The teen had entered the U.S. illegally and was staying at a federally-funded shelter in Texas. The U.S. Department of Health and Human Services has a policy against facilitating abortion. HHS officials explained, “There is no constitutional right for a pregnant minor to illegally cross the U.S. border and get an elective abortion while in federal custody.”
The ACLU claimed that the federal government’s position violated the teen’s constitutional rights and filed suit. Judge Tanya Chutkan ruled the government must allow the abortion. Then, a three-judge panel of the U.S. Court of Appeals in Washington stayed that ruling. However, an order from the full court on October 24 forced Trump administration officials to help facilitate the abortion. Early in the morning of October 25, federal officials transported Doe to an abortion facility where the abortion took place.
Many questioned why the Trump administration did not appeal the ruling. New information following the abortion explains why. The ACLU lied to its lawyers about when the teen’s abortion would take place. Department of Justice attorneys said they were told the abortion would take place on October 26, yet the abortion was scheduled and performed a day earlier. That timing prevented a Supreme Court review. The government has petitioned the Supreme Court, claiming that the ACLU violated its duty to the court and the bar, and disciplinary actions may be warranted.
Commenting on the situation, Penny Nance, president of Concerned Women for America, pointed out, “Let’s remember that abortion is not health care. If we want to talk about providing care for undocumented minors who cross our border, then let’s be honest about the fact that there were two lives that crossed our border. There is a fully formed unborn baby whose life is on the line here. An ultrasound would show that he or she has easily recognizable fingers, toes, and eyes.”
Calling the ruling a “tragedy,” Students for Life of America President Kristan Hawkins said, “The full bench of the D.C. Circuit Court of Appeals put the partisan interests of abortion over a teenager’s true needs for help. Expanding a so-called ‘right’ of a taxpayer-funded abortion to apply to any woman who happens to be on U.S. soil goes against the pro-life views of a majority of Americans, and certainly against the views of most Americans who don’t want their tax dollars paying to end life. The United States should not become an abortion destination for the world. Shame on Planned Parenthood and the ACLU for using this teenager to try and create Roe v. Wade 2.0 in the courts.”
Texas Attorney General Ken Paxton explained, “The states have a legitimate and substantial interest in preserving and promoting fetal life, as well as an interest in promoting respect for human life at all stages in the pregnancy.” Paxton predicted that the court’s decision will mean that “countless others undoubtedly would follow.” 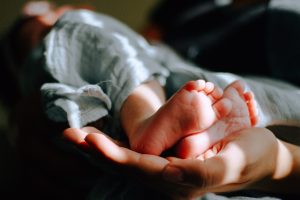