Pro-life voices on school boards are important for several reasons. Not only do school board members affect education policy, they become community leaders with influence beyond their offices. Most importantly, their efforts keep Planned Parenthood away from our children. 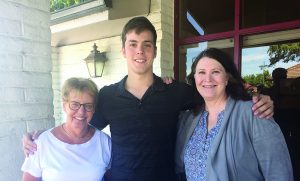 On May 16, pro-lifers made a difference in several school board elections. Here are the highlights:
* In the past few years, the Salem-Keizer School District, Oregon’s second largest, allowed Planned Parenthood employees into children’s classrooms. The contract ended, but we’ve been concerned about it being reinstated. Apparently, voters were as well because they rejected a Planned Parenthood Advocates of Oregon board member who ran for school board. Instead, pro-life candidate Kathy Goss won this seat!
* Also in Salem-Keizer, 21-year-old pro-lifer Jesse Lippold beat a candidate with more experience.
* These victories were only possible due to the strong turnout of pro-life voters in both parties. In Salem-Keizer, pro-lifers returned close to one-third of all ballots, with over 20 percent of those coming from Democrats.
* Across Oregon, pro-life candidates were elected in other school districts. Several defeated incumbents, while others were reelected to continue their good work.

These victories prove that more are possible. Last year, Dennis Richardson shattered the myth that a staunch pro-lifer can’t win a statewide election in Oregon when he became Secretary of State. Pro-life victories in school board elections show the state that the pro-life vote matters on a local level.

The best way for you to help us expand on these victories is to identify pro-life school board members who need Oregon Right to Life PAC’s support and other members who need to be challenged. It’s never too early to prepare for future victories!