The Case of the Missing Legislators

In my search, I combed through the data from previous elections and learned the following: If every pro-lifer who receives this voter guide had voted two years ago, we would have two more pro-life legislators in the capitol today.

Let that sink in for a moment. The reason we have fewer pro-life legislators than we should have is not just because Planned Parenthood and other pro-abortion groups have lots of money to spend supporting pro-abortion candidates. The main reason is because not everyone who is pro-life actually votes and, often, many don’t vote for every pro-life candidate on their ballot.

One of the main explanations people offer me as to why they don’t vote is because they don’t think their vote will make a difference. Others are only familiar with the biggest race on their ballot, the presidential contest. What both groups of people fail to recognize is that it’s the candidates who are running for Congress or their state legislature — or even for local positions like county commissioner — who we can be most influential in electing.

The United States Congress determines our nation’s budget, the largest the world has ever known. This budget currently gives hundreds of millions of dollars to abortion giant Planned Parenthood. Congress also can (and has) passed pro-life legislation. Does who controls Congress matter to the protection of life? Absolutely.

The Oregon Legislature has the power to fund or not fund abortions. The state currently pays for almost half of them. It could regulate abortion clinics to protect women and babies (though it doesn’t) and it could shut down pregnancy resource centers for not offering abortions (it almost did). The legislature could force religious organizations to pay for insurance plans that cover abortion (it almost did) and it holds the power to determine who pulls the plug when you are on your death bed (it almost gave that power to an unelected board of bureaucrats this year). Let me ask you, does who controls the Oregon Legislature matter to the protection of life? There is no doubt.

After November’s election, I’ll go on another search. My hope this election cycle is that all pro-life legislators will be accounted for this time. Let’s all make sure to vote for every pro-life candidate on our ballot this year. And, if you don’t like one, please don’t let that keep you from voting for the others. We need as many advocates for the protection of life as possible, especially in Salem and Washington, D.C. 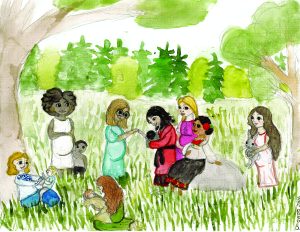 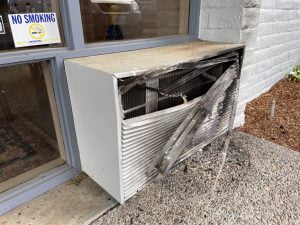 PrevPreviousKate Brown: In the Pocket of Planned Parenthood
NextSave These Dates!Next