This newest action instigated by Planned Parenthood and other abortion businesses reveals the extent to which they will go to protect their money stream and cover up their horrific practice of selling baby-parts. It is  terrifying that legal authorities are willing to wield their power and  pervert the justice system in such a way as this. Despite the upheaval in his personal life, David is still scheduled to come speak at our annual conference this Saturday. 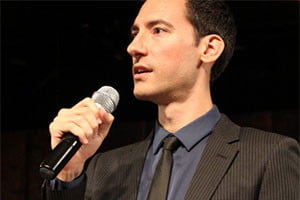 “Today, the California Attorney General’s office of Kamala Harris, who was elected with tens of thousands of dollars from taxpayer-funded Planned Parenthood, seized all video footage showing Planned Parenthood’s criminal trade in aborted baby parts, in addition to my personal information. Ironically, while seizing my First Amendment work product, they ignored documents showing the illicit scheme between StemExpress and Planned Parenthood. This is no surprise–Planned Parenthood’s bought-and-paid-for AG has steadfastly refused to enforce the law against the baby body parts traffickers in our state, or even investigate them–while at the same time doing their bidding to harass and intimidate citizen journalists. We will pursue all remedies to vindicate our First Amendment rights.”